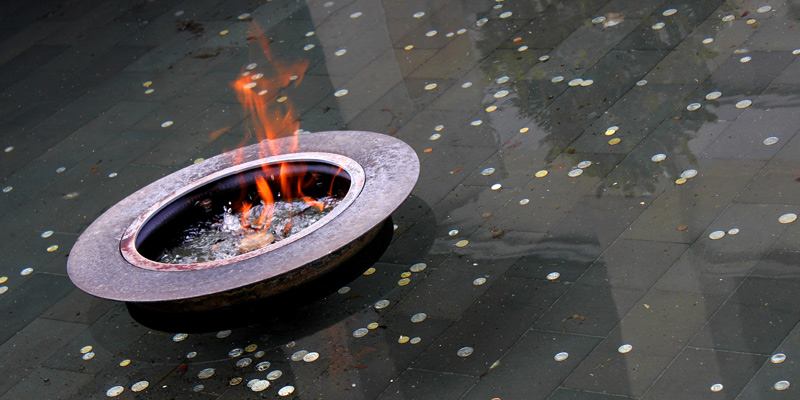 This year Anzac Day falls on a Sunday, providing an opportunity for congregations to reflect together on the sacrifice of our servicemen and servicewomen who have served our national interest in wars and peacekeeping missions since the Boer war up until our present involvement in Afghanistan.

Last week I met Wilf who enlisted in 1944 as an 18 year old and had 2 years service in the Pacific islands in WW2. Wilf’s two older brothers had also enlisted at 18 and had served in the army before him.

When I asked Wilf why he went to war, he responded, ‘We all fought for freedom, for liberty and in our case for freedom to continue to preach the gospel.’ Wilf is 95 years of age and we met after an evening service in Melbourne.

What to preach this Anzac Day?

We could preach on the theme of service, sacrifice, thanksgiving and remembrance.

But I think we best serve the spirit of the Anzac, by preaching on the freedoms for which they fought and for which so many of them died.

I intend to preach on 1 Corinthians 6:9-11. These are the verses which Israel Folau summarised in his social media post and for which he was de-contracted by the Australian Rugby Union and banned from being re-contracted by the National Rugby League!

This is the NRL which on Anzac afternoon will have the last post played and the minute of silence observed at its matches and yet by its actions shows itself to be anti-liberty and therefore, anti-Anzac.

Peter V’landys, the Chairman of the NRL responded, ‘The game is inclusive, Israel’s comments are not inclusive’. So the includers of the NRL selectively exclude!

Liberty of opinion and freedom of speech, freedom to disagree, are cast aside by the NRL.

Thus you can abuse, be violent to others, assault police, threaten the public and play in the inclusive sport; but you can’t have a different opinion on the eternal future of those who live under their own lordship and not the Lordship of Jesus.

Could Israel have been more diplomatic, given more attention to the context of these verses? Probably. But to shout, ‘FIRE!’, can be destructive and harmful—yet if it is true and the building is on fire, it constitutes a loving warning!

1 Corinthians 6:9-11, is set in the context of Paul’s exposure of those within the Church who are immoral, greedy, swindlers, idolaters, revilers and drunkards. (1 Corinthians 5:9-11).

Paul’s comments are directed to those who profess to be followers of Christ who are living morally compromised lives and believe they have the freedom to do so. Paul makes it clear that to be in Christ is to live distinctly and that those who live in habitual, careless compromise, ‘will not inherit the kingdom of God’, (1 Cor 6:9 and 10).

Paul goes on to say, ‘such were some of you’; this was in your past. There is no ground then for moral superiority, but these activities belong in the past and are evidence of a life being lived apart from Christ’s lordship.

God’s appeal to all such is to repent, turn around, trust in Jesus and by grace, his undeserved favour, he will forgive and save you.

The offence taken by the ARU and NRL seems to be at the inclusion of homosexuals in the list, which Paul adds in 1 Cor 6:9, ‘men who practise homosexuality’. Thus it is acceptable to call out all the other categories but referring to homosexual practice in the same category as swindlers and thieves in unacceptable to the inclusive sports and the dictates of their sponsors.

Freedom and liberty has thus become arbitrary, and the Anzacs are recognised as only having fought for certain liberties which are approved by these morally vacuous sporting bodies and businesses.

Why not join me on 25th April as we pause to give thanks for the sacrifice which bought our freedom and democratic institutions, and proclaim the gospel of God and his loving warning in the context of this word to the church at Corinth.