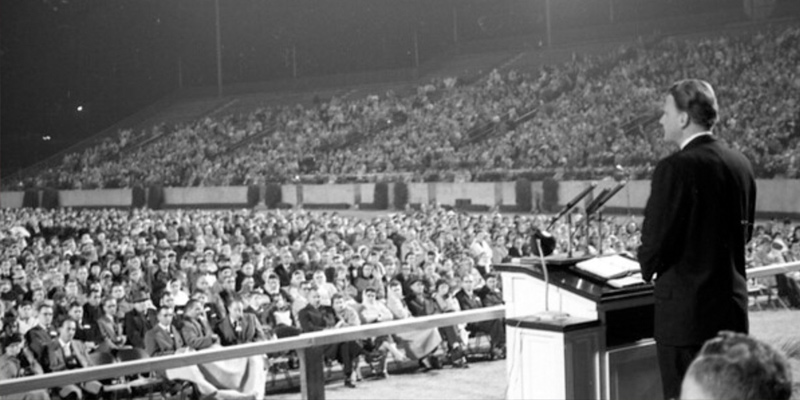 Andrew Blackwood was Chair of Practical Theology at Princeton and said of preaching, ‘These three remain, faith, hope and clarity, but the greatest of these is clarity!’

Billy Graham was one of the clearest preachers I have heard, I heard him preach for two weeks at his Sydney campaign in 1968. Dr. Graham would often stop and ask himself, “‘But Billy,’ you may ask…” He would anticipate and answer the question on peoples’ minds.

Dialogical preaching which anticipates questions raised by the sermon is a very good friend of clarity in preaching. This dialogical approach was often used by the New Testament writers as they anticipated the questions of their opponents.

Take Romans as an example, it is punctuated with questions from an imaginary enquirer. Having made the case that Jews are no better off than Gentiles when it comes to being righteous before God, Paul asks, ‘Then what advantage has the Jew?’ (Rom. 3:1). Paul says there were many advantages, but names only one:  All humankind received a revelation of God in the created order (Rom. 1:20), but Israel was the first to receive the special revelation by word, from God to Moses—that was their privilege.

Having made the case that being in the right with God was due to God’s declaration based on the gracious work of Jesus, Paul anticipates the big question of Romans 6:1, which he repeats in 6:15. If our standing with God is by grace and based on the foundation of the perfect work of Jesus, then does it matter how we live? If justification is an irrevocable declaration by God the judge, then is justification a passport to indulgence and careless living?

Paul’s answer is a definite, ‘By no means!’ He uses three illustrations to show that we are justified by our union with Jesus, and that union means that we are dead to the old sin-mastered life and are alive to God. Baptism (6:1-14); changing slave masters (6:15-23); and death terminating marriage (7:1-6) are all illustrations of the effectiveness of death, and that our union with Jesus in his death has ended our previous life. We are now free to serve in the new way of the Spirit, the life of the resurrection.

The law of God no longer dominates and accuses us, well then do I hear someone ask, ‘Is the law sin?’ (7:7). Paul proceeds with his answer in the rest of the chapter.

Chapter 8 may be seen as Paul’s response to three anticipated questions:

Will my past disqualify me from relationship with God? (8:1-4)

Am I well enough resourced for the present battle against the flesh? (8:5-27)

Also look at how he anticipates the objection in Chapter 9 to God’s activity of election and whether or not God was faithful to Israel? If God was not faithful to Israel, how can we be sure he will be faithful to us? Q and A dominates the structure of Romans 9.

As you prepare to preach, listen with the ears of your listeners, what are the questions being raised in the listener’s mind by what you are asserting?

Dialogical preaching is a very good friend of clarity!

In 1983, Klaas Runia published his book, The Sermon Under Attack. One of his points was that modern people don’t want to be preached to, rather they want to enter into dialogue. We respect that need by anticipating the questions that may be raised in the light of Biblical proclamation. Have a look on YouTube at two other dialogical and therefore clear preachers, Dick Lucas of St Helen’s London and John Chapman of various localities in Sydney.

PrevPreviousPreaching the Wisdom of Proverbs
NextSydney Preaching Clubs Reopening in 2021!Next