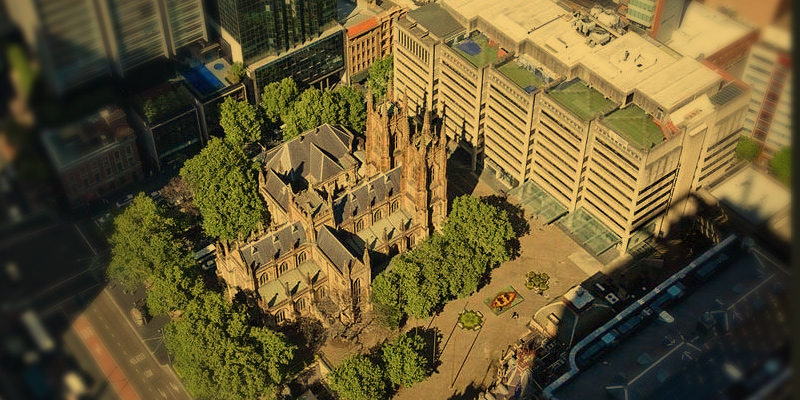 In 1965 John Stott, the Rector of All Souls Langham Place in London, visited Sydney to preach on 2 Corinthians at the CMS Summer School.

“I heard only one of those Bible studies but I was so taken by the way he stuck to the text and stayed with it. He could show you the logic of the argument in the Scriptures, prior to that I had tended to get an idea from the passage and to leap all over the Bible supporting the idea from other parts, so that the people I taught knew the ‘idea’ but not the passage from which it came or how that passage fitted into some overall argument from the Scriptures. It is to John Stott I owe what ability I have to expound the Bible“.

Those were the words of the esteemed Sydney evangelist and preacher, the late John Chapman.

One of the best things I did when I was at SMBC was to invite John to spend each Thursday of term with us. In those days John spent Tuesday at Moore and Thursday with us.

First semester each year John lectured to all new students on Mark’s gospel. Those lectures were a combination of exposition, a model of responsible interpretive method, excellent systematic theology and a great introduction to the gospel and how to share it. In one series of lectures John memorably covered all those areas, the lectures were engaging, mind stretching and great fun.

In 1971 I was working in Sydney and had the privilege of attending Bible talks on a Friday in St Andrews House. John, then the Director of the Anglican Department of Evangelism and John Reid, the Bishop of South Sydney, would take it in turns to work through books of the Bible in 6 week blocks. I had never heard anything like this before! Engaging faithful series through whole books of the Bible, with outline notes to guide the listener.

It was an inspiration, not only to me but others who would go on into leadership of the Church in Sydney.

John Chapman (Chappo) was well known for his sayings, one I will always remember as he critiqued a sermon, he would say, ‘the authority’s in the text brother’, in other words you have no authority unless you are explaining accurately what God says!

In the 1970’s I invited Chappo to speak at a weekend away at a conference centre at Mt Victoria,  he gave 4 talks on Philippians.

One lady said to me, ‘it was so encouraging, I was hoping he would never stop’.

Another one influenced by John Chapman’s Ministry was Phillip Jensen.

Phillip led the Katoomba Youth Conventions, held on the Australia Day weekend in January each year, for a whole generation of young believers it was the perfect way to start the year. The speakers were chosen in order to give substantial Bible teaching from the platform. One Trustee of the Convention said, ‘that’s what we do here, teach the Bible, nothing else’.

It is healthy to be reminded of our history. I am sure it would be valuable to go back much further, I am only writing of events in my own lifetime.

Times may change and much we do changes with them, but some things must never change.

God’s commitment to bring new birth through the agency of His Spirit, using the instrument of his word (Romans 1:16) has not changed. That same Spirit uses that same word to establish believers in the faith, (Acts 20:32).

Remember, ‘the authority’s in the text, brother!’